You heed the calling from Kingdom of Eremidia, where the King himself gives you a mission to escort him to the uncharted island and return to the capital town as soon as possible.

Long story short, you arrive at said island, along with the King through all the hardships, and greeted by the expedition team the King had dispatched weeks ago. Both of you receive hospitality and service, and as planned, the King and you will return to the capital town next evening.

Later that night, however, you find a mysterious book. Filled with curiosity, when the King touches said book, a brief, shocking light flashes upon your presence. What will you do?

Eremidia: Dungeon! is a dungeon-crawler RPG which implements various feature in RPGMakerID flavor. It is a community-driven project that will include most, if not all of characters of RPGMakerID game projects.

You play as the chosen Scout of Eremidia mainland, taking your chosen Heroes and the cursed King himself to dwell the deep, dark dungeons filled by Minions and many monsters that are waiting for you. Treasures, challenges, and traps are also waiting for you to be undiscovered in the dungeons.

Explore the potent of every of available Heroes that you've discovered either by help of the Librarian or by your finding in the dungeon, providing myriad playstyle depends on the player's liking. And at least, find and defeat the Black One to bring the peace back to Grace Island, where the threat itself comes from.

If you find bugs, glitches or have suggestion, send email to richter_h[at]crescentsun.space. There are planned several expansions of this game; the further contents will be developed depending on demands.

Even only a few knows that our king has been cursed by a dark mage namely Magas, the wretched evil soul who wants the king is dead. King Dnas was escaped from death and return to the Eremidiana Castle—in his tiny, adorable green frog form that caused Queen Prima, his wife to kiss him immediately. Alas, as the fairy tale told the children and like the popular beliefs, the curse can be broken by a kiss from the princess… And they couldn't make their child to kiss their own father as the curse can be broken by princesses with no bloodline with the King.

The Wizard made a Gathering—now to discuss the way to break the King's curse, and they decided to tell King Dnas that the curse can be broken by killing the one who curse him; Magas must be killed to lift the curse once and for all. King Dnas vigorously accept that little, risky chance and hope that is the way to return to his true, human form. Knowing that chasing down Magas is hard enough because he moves in random pattern from one place to another, he decided to hire someone who knows every corner of the place in the kingdom. And, there is the Scout, which literally is you, answered the King's calling.

That time you came to the throne before the King himself, Magas' whereabouts has been revealed thanks to the expedition team the Kingdom sent a month ago; he is in the backwater of the kingdom, the mysterious Grace Island, planning for something nasty and endangers the Kingdom.

So, you and the King set sail to the island in quest to break the curse and stop Magas's unknown plan. Soon, you and the King will realize that Magas' plan is to bring back the Dark One, the entity that once strife to devour the Forumia and defeated by certain Summoner, to life once again… Not only the Black One, you'll find the forgotten art of summoning that can be used to defeat the Black One… in risky yet worthy price.

Will King Dnas break his curse and stop Magas' plan in the Grace Island?

Once again, if you find bugs, glitches or have suggestion, send email to richter_h[at]crescentsun.space. There are planned several expansions of this game; the further contents will be developed depending on demands.

This game is currently unavailable 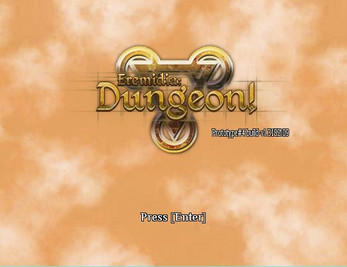 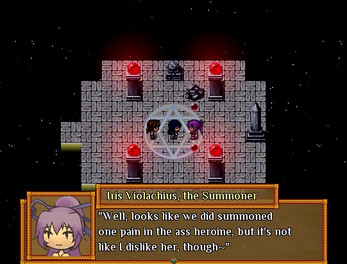 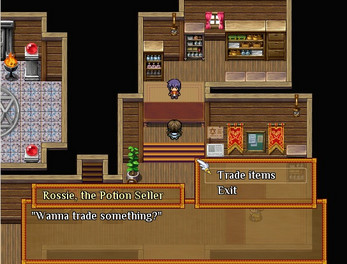 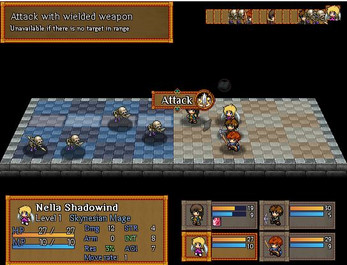