Found the clues in the Library? Well, not really.

Surely, since there's still no discernible clues about what's happening around the Rift, the Scout has to dig deeper and see whether they can find something significant. At this point of the story, the clues are sitting there in between the shelves, waiting to be found.. 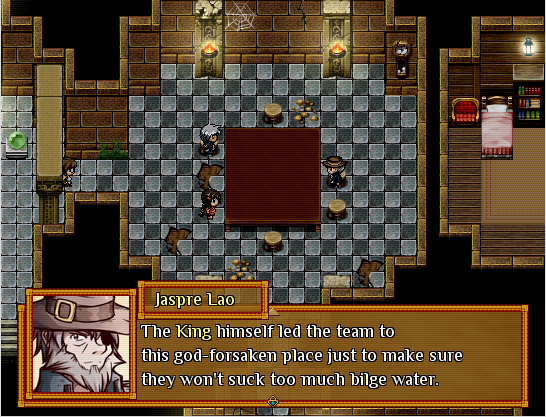 While the story seems like hitting a roadblock--which isn't really--several side contents added so the Scout can explore the Rift with more reasons. The Rift's newly found anomaly causes the appearance of several strange, if not unique people with unique traits and skills who may take shelter in the Sanctuary. They might have their own business but hey, they'll lend a hand if the Scout asks for assistance.

Now, the Scout is opted to either getting into the chase or taking some detours to get additional manpower; to get those people into your list, however, some conditions are required. This also means more possible alternatives in party arrangements, which will always come in handy. 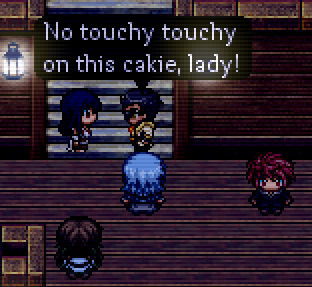 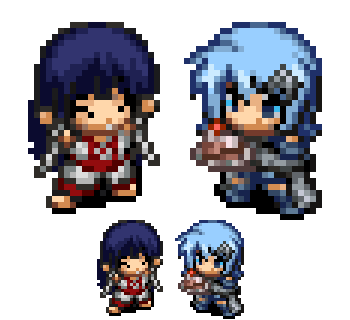 In current sprint, sometimes glitches produce interesting result. One of those glitches is this. Note that the title logo at the bottom right is supposed to be not there after the chapter's intro ends. 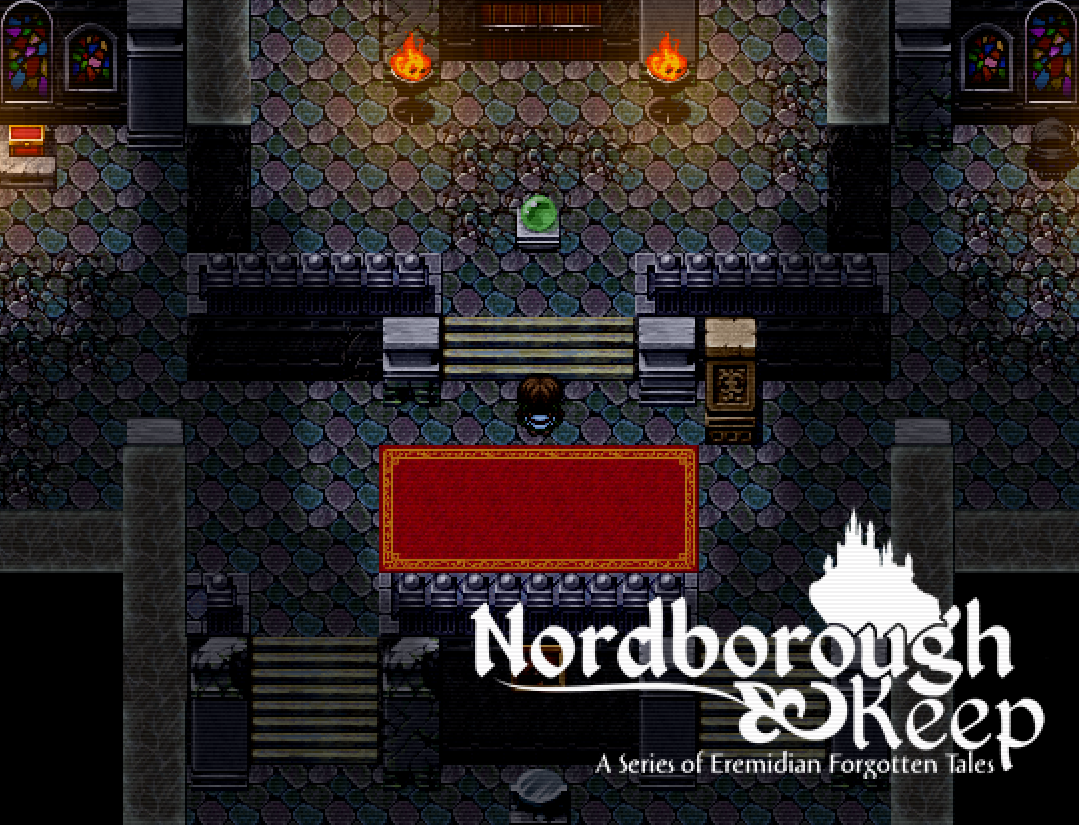 Talk about the 'side quests', I've elaborated with some people who also contributed in the project for a while. Not only the stories; we've made several interesting backstories for the characters, like shown below. Surely it's great to have people backing you up.

This Rachel girl is one of the collaborate works done in the project. Maybe you've seen her around whirling her minigun or munching cakes, but here's a GIF of her enjoying a slice of cake for refreshment.

In combat department, nothing much visible changes can be shown here--there are, however, interesting interactions that I'd like to show in these GIFs.

And here's some character designs for the project. To be honest, these are the reasons why the development took a little bit more time than expected.

The scout girl with... who's that archer girl? Well, I'd like to introduce her and her friends, but that's a story for another devlog. 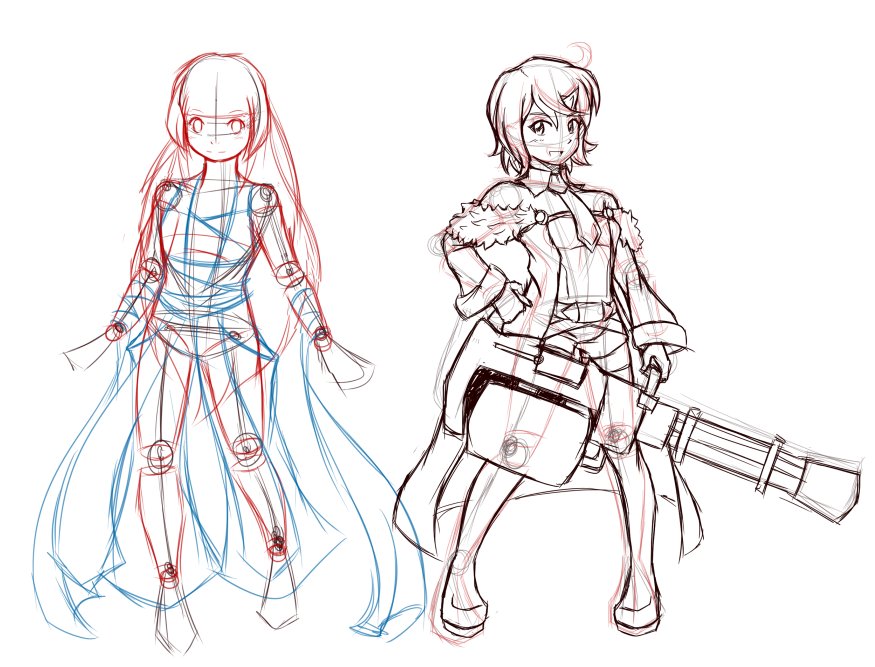 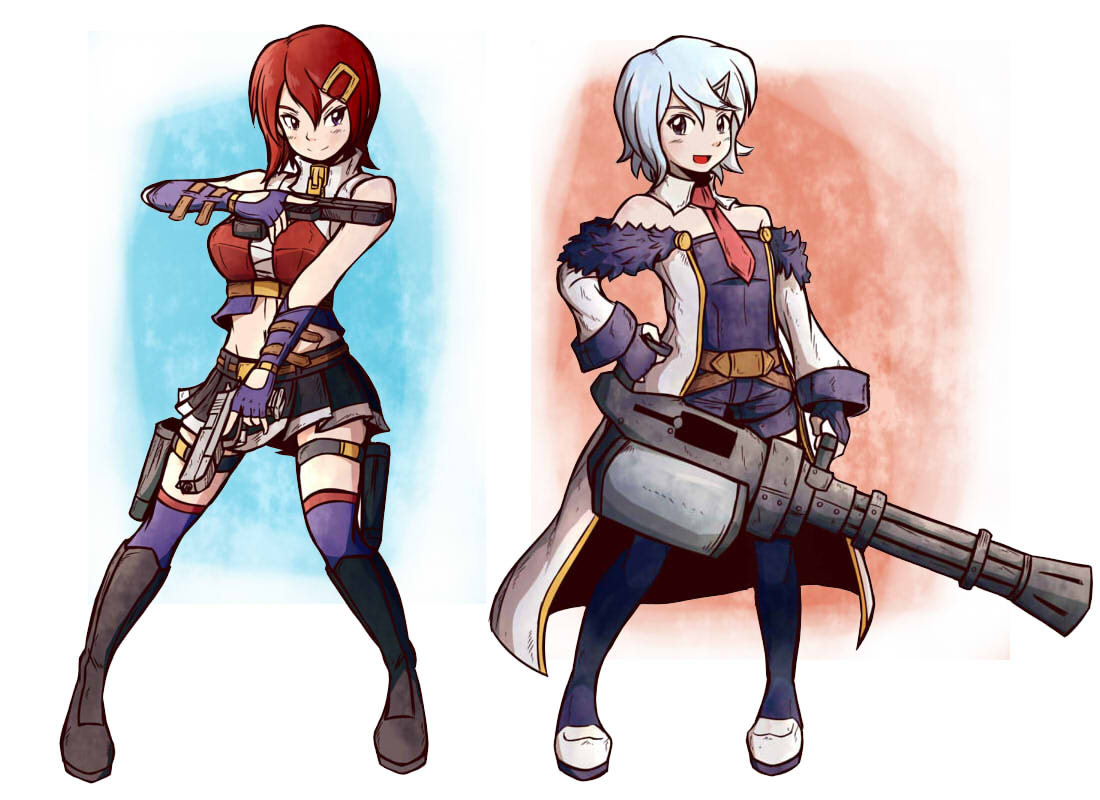 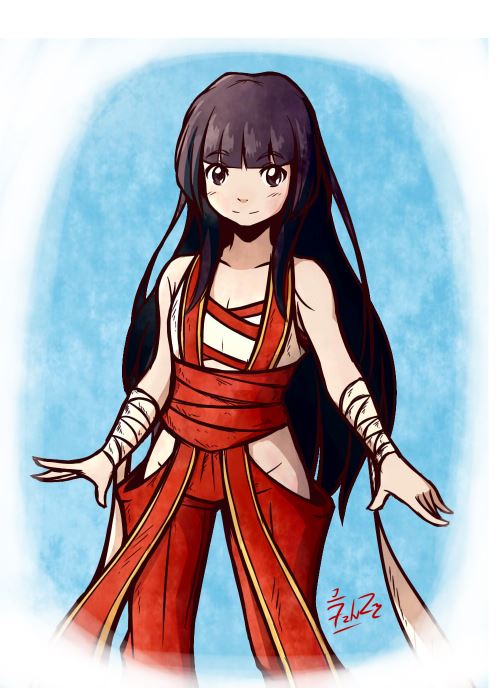 The prominent characters in this point of progress. Mostly are girls but hey the guys will have their spotlight soon! 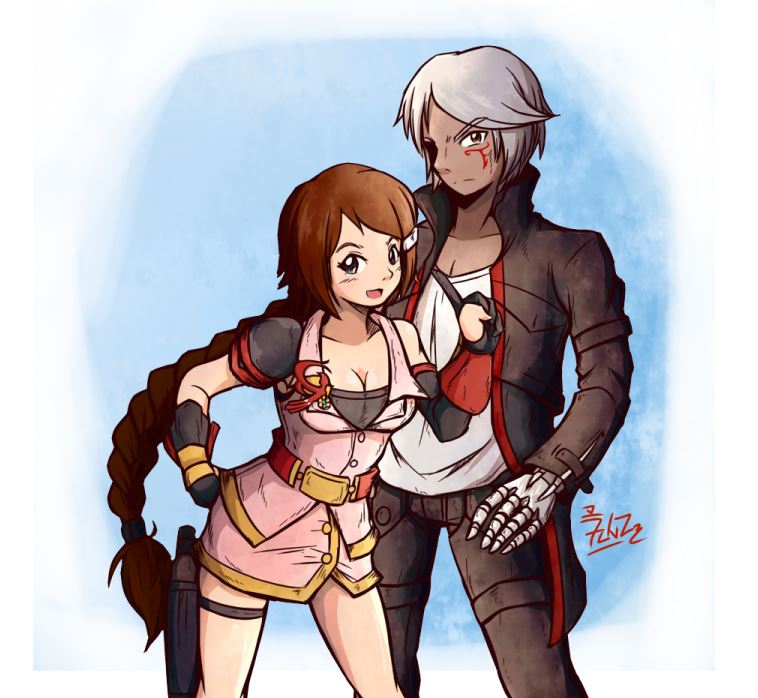 The last one, I can call it as a big deal since the couple came from one of the old projects ever conceived (and released) back in RMID. They're making an appearance in this project, yes, but I can't tell what are their role in the story... yet.

And well, that's all for now, fellas. Don't forget to visit Leila's Tavern as well. If you're going there, please pay attention that she has quite a harsh bouncer there. If you ever mess things up there, prepare for some beatings. Thank me later. 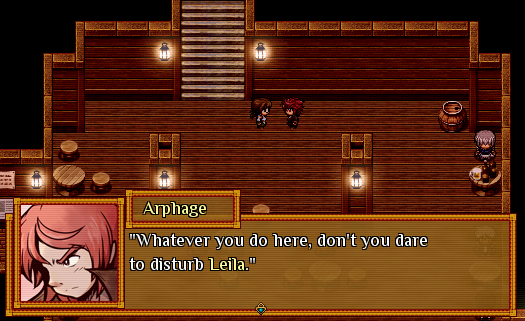 Nice blog, hana. I've seen most of this but it still is really cool :D

Your game is looking amazing as always.

Also, it's not a big surprise; this is a recap of everything have been done and most of them were posted in several discord servers. So, yeah.